This is how iPhone 13 could look like with iOS 15!

Apple will break new ground in design with the iPhone 13 and iOS 15. It is very likely that Apple will transfer the intelligent user interface of the Apple Watch 6 to the iPhone. Icons of apps that are used frequently will be displayed larger, others smaller.

Apple has already completely redesigned the look of the user interface in previous iOS versions. With the latest iOS 13 version, Apple continues the redesign consistently. After the presentation of the new Apple Watch 6, which is equipped with a revised user interface, it is now becoming more and more clear that Apple will possibly use this user interface in the new iOS 15 as well. Appropriately, the news portal 9to5mac has now taken the floor and published some very interesting design studies on the subject. These graphics show how the Apple Watch user interface might look like on the iPhone 13 and the iPad. 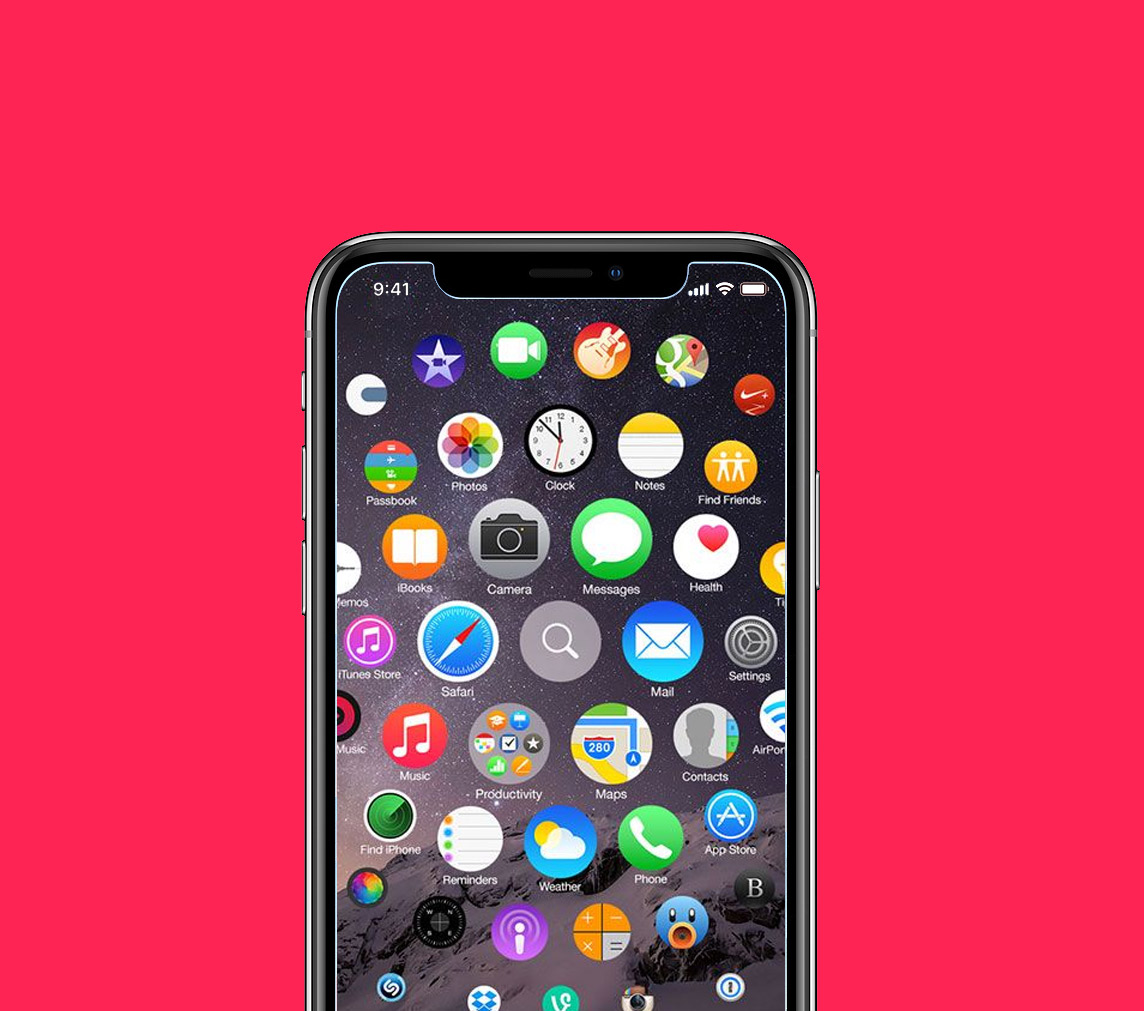 Explanation: On the Apple Watch 6 user interface, the apps are no longer arranged in the typical row and column grid of the iOS operating system, but instead flowing next to each other. Thanks to the so-called honeycomb grid, there are also no longer individual pages. Instead, all icons are visible at a glance. You can zoom in with a wipe gesture and then just tap the desired icon with your finger. For some users, the new design may still take some getting used to, but most agree that Apple will herald a new era of mobile user interfaces with this design.

The colleagues from 9to5mac show how the user interface of the Apple Watch 6 could look like on the iPhone 13 and iPad. Thanks to the central arrangement of the round icons and the freely movable home screen, the screen looks a bit overloaded at first glance. However, this new arrangement would finally solve the problem with the one-handed operation desired by the users in a practical way. As expected, Apple has not yet responded to this concept. Whether the interface design of the Apple Watch will actually be used in iOS soon remains open for the time being.

In addition to a completely revised design, Augemented and Virtual Reality will also play a major role in the iPhone 13. VR and AR could set new sales incentives and give new impulses to the smartphone market, which is saturated in Europe and America. The CEO Tim Cook made several hints in this direction and assumes that the technology has a lot of potential. In the past months and years, Apple has taken over a number of companies in the field of Augemented and Virtual Reality and integrated them into its corporate structure. For example the inventor of the Microsoft Kinect camera, PrimeSense, but also Metaio and Faceshift. The latter company was involved in the film „Star Wars – The Awakening of Power“ and supported Disney with a new technology for face recognition. The iPhone 13, with its two rear-view cameras, should help to achieve a breakthrough in VR and AR.

Date of release of the iPhone 13

The iPhone 11 was released at Apple’s press event on September 10th, and it is obvious that the iPhone 13 will follow one year later in September 2021. There is always the possibility that Apple plans or makes an earlier launch in 2021. One reason for this would be not to lose market share to competitors who have already launched 5G smartphones, for example. However, this would be an unusual step for Apple, which tends to limit its new releases to the fall. However, it is not impossible that the iPhone 13 will already be released in February or March 2021.

Most 5G smartphones that will be launched in 2019 will cost slightly more compared to traditional models. The Galaxy S10 5G, for example, has an RRP price of 1,299 euros upwards – a 300 euro premium over the already expensive Galaxy S10+. The newly released Galaxy Note 10 Plus 5G also costs 1,299 Euro for market launch, which is 200 Euro more than the standard Note 10 Plus.

One advantage of waiting until 2021 for your 5G smartphone is that the price of 5G components will have dropped by then. So Apple can bring out the iPhone 13 for about the same price you would pay today for an iPhone 11. 5G networks are only just beginning to be established and will not be available everywhere. 5G coverage is currently limited to just a few cities and in trial mode. Although Apple will be releasing 5G devices later than Samsung, LG and others, iPhone 13 could come at just the right time, as 5G 2021 will be available to more people and therefore more relevant.

The iPhone 13 will be the first Apple smartphone with 5G compatibility. At least one model will support 5G and use the faster network standard. In the long term Apple wants to produce its own 5G-compatible chips (although these chips will certainly not be ready by 2021), but will rely on Qualcomm and Samsung chips. We have put together some details about Apple’s plans for its first 5G iPhone here.

Most of what we know about the iPhone 13 so far comes from a report by analyst Ming Chi Kuo, who predicts four different iPhone models for 2021: one with 5.4 inches, one with 6.1 inches and the largest model with 6.7 inches. Kuo originally assumed that only the 5.4 and 6.7-inch models would be equipped with 5G, while the 6.1-inch model would essentially remain Apple’s iPhone XR successor for 2021 and be shipped with LTE. However, Kuo has now revised its forecast: Thanks to the high probability that other manufacturers such as Samsung or Huawei will sell many 5G smartphones cheaply next year, he is now confident that all three 2021 iPhones will have 5G.

It is also expected that all three iPhone 13 models will ship with OLED displays, which means that 2019 could be the last year that Apple offers iPhones with LCD displays. For example, the 2019 successor to the iPhone XR still has an LCD display.

While none of this has yet been set in stone, the news of a potential 5.4-inch model should delight fans of the 4-inch iPhone SE, which Apple has not updated since its launch in 2016 and which recently reached end-of-life status. The 5.4-inch 2021 iPhone would probably be somewhere in the middle between the SE and the current 5.8-inch iPhone 11 Pro, and thanks to Apple’s newer full-screen design with a narrow bezel, it would offer much more screen space than the SE.

Once 5G is rolled out across the country, there will be two different types of 5G networks – mmWave and Sub-6GHz. Currently, most 5G networks being launched in the USA and Europe are MmWave networks. This type of infrastructure provides extremely low latency and gigabit-speed connectivity. The Sub-6 GHz spectrum, on the other hand, is more similar to conventional LTE networks because it is much slower but can penetrate buildings and walls.

Currently the only 5G smartphones available in Germany – the Samsung Galaxy S10 5G and LG V50 ThinQ 5G – use Qualcomm’s X50 5G modem to connect to mmWave networks. However, Qualcomm’s next 5G modem, the X55, also supports sub-6GHz. This means that phones with the new hardware will be better prepared to support the full 5G bandwidth in all its various specifications. The X55 Qualcomm chip will be shipped in some models of the Galaxy Note 10 Plus 5G that will be released later this year or early 2021.

Apple is reportedly working with Qualcomm and Samsung to equip the 2021 iPhones with chips from both companies that work with both mmWave and sub-6GHz networks. According to Kuo (via CNBC), Qualcomm’s development to date has focused on mmWave, while Samsung has focused on sub-6 GHz chips, so Apple may prefer to use a particular manufacturer’s chip in a particular region, depending on whether it is mmWave or sub-6 GHz.

Until recently, a legal dispute between Apple and Qualcomm prevented the development of the 5G iPhone. But then Apple and Qualcomm settled their lengthy dispute, Intel withdrew completely from 5G chips and Apple bought Intel’s modem business. Qualcomm and Samsung are more advanced in their 5G development than Intel, paving the way for 5G iPhones a year earlier than expected. Apple is already developing its own 5G chips, just like for the A series processors. With the iPhone 13, however, a release is unlikely.

iPhone 13 camera and other functions

Apart from the size of the iPhone 13 models and the integration of 5G, we don’t know much about Apple’s next generation smartphones. However, we can draw some conclusions from the features of this year’s devices. Given that the iPhone 11 Pro has a triple-lens camera, we can expect this to continue for the 2021 versions of the iPhone, and to be linked to the theme of 3D photos / shots and augmented reality. This also means that the iPhone 13 will be better able to support augmented reality apps, which have been an increasing focus of Apple’s attention in recent years.

Apple could also bring back Touch ID on a large scale in 2021 by enabling fingerprint recognition anywhere on the display. This is based on information provided by Barclays analysts to MacRumors. iPhone 13 models could therefore contain both Face ID and Touch ID.

A report in the China Times says that Apple wants to say goodbye to the Notch. A Credit Suisse analyst also assumes that this will happen by 2021. So the iPhone 13 could be the first newer iPhone without Notch and with a changed design, as mentioned above. According to a tweet from leakerIceUniverse, Apple is also checking if the refresh rate can be changed from 60 Hz to 120 Hz.

Given the features planned for iPhone 13, it might be tempting to skip this year’s update and go for next year’s model. The best time to upgrade your smartphone is when you really need a new model, regardless of the features that will be available in a year. We still don’t know much about Apple’s first 5G iPhones. So make sure to keep an eye on preisgenau.de in the coming months 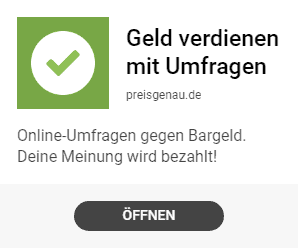